Halloween: a holiday for black cats, and for remembering those passed

What is it about Halloween that turns us on our heads and has us enjoying all aspects of the spooky and macabre? Why do we suddenly feel it’s appropriate to hang fake spiderwebs from trees, carve faces into pumpkins that we don’t even plan on eating, and mount a plastic skull on every surface available to us?

Is it because Halloween gives us a “safe space”, so to speak, to come face-to-face with the unspeakable: mortality? After all, we are rarely given an opportunity to speak openly about death, as we live in a death- and grief-avoidant society, where many seem to believe that even uttering the word death will bring doom upon them. Under the shade of Halloween, we can delight in ghastly tales, dressed as zombies while eating cupcakes that look like brains. We can even dress up as Death, making light of a usually dark topic.

Also…what’s with the black cats? 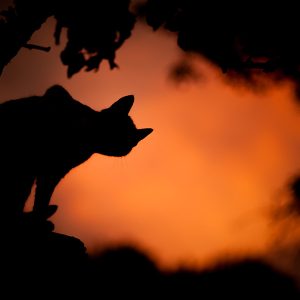 The spooky roots of Halloween

Halloween goes back much further than many people realise – but let’s begin with a more recent contributor to modern Halloween: Queen Victoria of England (the same woman behind modern wedding traditions and Christmas, too!). During Halloween of 1891, the Daily Enquirer reported on the following celebrations held by the queen at Balmoral castle: 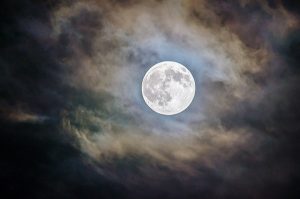 When the frolic was at its height there suddenly appeared from the rear of the castle, a grotesque figure representing a witch, with a train of ogres and elves as attendants. All these made every possible demonstration of terror at sight of the huge bonfire. Then followed an ogre of demonical aspect and shape, followed by another hideous warlock drawing a car in which was seated the effigy of a witch surrounded by other figures in the guise of ogres and demons. These unearthly intruders were marched several times around the bonfire, and finally the chief figure, the embodiment of witchdom, was taken from the car and hurled into the blazing pile amid weird shrieks and howls from the masked demons, who instantly fled into the darkness with, the cheers of the multitude mingled with the wildest strains of the bagpipes, and a great display of fireworks.

Speaking of witches, it’s supposedly they who we must thank for black cats’ association with Halloween. Back when the Puritans pilgrims settled the Plymouth Colony in America, they brought with them a strict Protestant lifestyle and, as a result, a deep fear of witches. Therefore, they were highly suspicious of anything related to witches, including black cats, believed to be the familiars of witches and given to them as servants from the Devil. Witches were also believed to be able to transform into black cats and back again, and even be reincarnated as cats after death. This is where the superstition surrounding black cats stems from, and as a result of this superstition, many shelters will not adopt out a black cat nearing or on Halloween.

Ancient ritual and remembering those passed 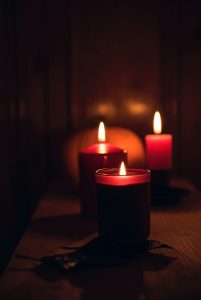 Before Queen Victoria however, there were numerous others who sought a spiritual understanding of death through ritual, such as the Celtics and their festival of Samhain (pronounced “sa-win”). Samhain was a mix of a harvest festival and a New Year’s celebration and signified that the darker part of the year was ahead: a time when crops would wilt, and many wondered if they would survive the winter at all. It was also very much a community event, where ceremonial fires were used to light the hearths of the village, and festivities were held that included feasting and drinking, story-telling and prayer, and gods and spirits could move between the veils of the living and the dead as they saw fit.

The roots of Halloween are fascinating to many – so does this fascination mean that we should discuss grief and death more openly (regardless of whether it’s that of a human or an animal)? If you choose, Halloween can be a time of reflection and commemoration: you can leave out a dumb supper for your recently lost pet (perhaps some of their favourite treats), or gather together photographs of your pet and surround them with candles. After all, ritual is a large part of moving through grief. If you choose not to partake of any ritual, simply enjoy this kitschy holiday as you see fit – candy, costumes and all.