Look Out, Poisons About!

Look out! Poisons about

As the saying goes, “knowledge is power” – so arm yourself with some new knowledge to better care for your best furry friend!

Just how much do you know about hidden pet poisons around the home? You’d be surprised by how many nasties are hiding around the house, that can be dangerous to your pet. But don’t worry – all you need to do is keep the items below well out of your pet’s reach, and your home will be safe for every member of the family.

Let’s go room by room, so you can make a checklist of things to put in cabinets, drawers, or high out-of-reach spots… 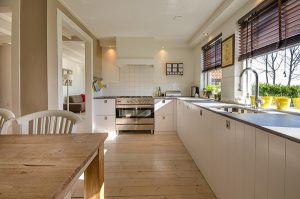 Most poisons you’ll find in the kitchen are related to food, which may accidentally be fed to your pet as a treat (unless you have a food-obsessed animal that might dig through the groceries or eat anything they can reach on the counter top).

The most concerning poisons in the kitchen are…

• Alcohol. It affects dogs in the same way it affects humans, which might be funny to some people, but is dangerous to animals! When consumed in high doses, alcohol can cause intoxication, gastrointestinal issues, coma and eventually death.
• Avocado. Super healthy for humans, but not for pets. Avocados (all parts of them) contain a chemical compound called persin, which when ingested can cause gastrointestinal upset, vomiting and diarrhoea.
• Cleaning products. Dettol, Pine-O-Cleen and a number of other cleaning products contain a compound known as benzalkonium chloride, which is usually ingested by cats who lick a surface recently cleaned with any of these common household cleaners. Signs that your cat has taken in this compound include drooling, fever and oral ulcers.
• Caffeine. If you have a curious feline or canine that likes to taste whatever’s in your mug, think again about letting them (although we’re quite sure you don’t go about sharing your morning coffee with your pet anyway!). In high enough doses, caffeine – also found in energy drinks, tea and pharmaceuticals – can cause restlessness, rapid breathing, muscle tremors and seizures.
• Chocolate. Remember the old Oreos ad? “Mum says, chocolate isn’t good for dogs”? That little boy was right! Chocolate contains theobromine, which is toxic to dogs. Symptoms of chocolate poisoning in dogs include increased drinking and urination, restlessness and hyperactivity, trembling, vomiting, diarrhoea, increased heart rate and seizures.
• Fly and bug spray. If you have can of Mortein or Raid on hand in the kitchen to knock down flies, be careful when spraying it around your pets: these sprays contain pyrethrins and pyrethroid insecticides that can harm your cat and dog. Symptoms of poisoning include drooling, tremor, restlessness and convulsions.
• Grapes, sultanas, raisins and currants. This family of fruits causes kidney failure in dogs, though vets aren’t 100% sure why. Keep in mind these fruits turn up dried in many seasonal desserts including fruit cakes and hot cross buns. Signs that your dog has been poisoned include lethargy and repeated vomiting.
• Onion. Onions and the onion family (including garlic and chives) can cause gastrointestinal upset. Ingestion can also lead to red blood cell damage, resulting in anaemia. Interestingly, some pet foods contain garlic for its wealth of nutritional benefits; these foods are still safe to give to your dog.
• Xylitol. This artificial sweetener, commonly found in drinks, lollies and toothpaste, causes insulin release in dogs, causing their blood sugars to drop to dangerous levels. It may also cause delayed liver injury. Signs of poisoning include vomiting, lethargy and loss of your pet’s coordination. 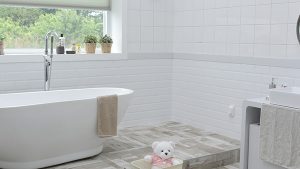 The bathroom mostly presents poison dangers to your pet in the form of medicines (unless you happen to keep your medicines somewhere else!). The most common of these are:

• Antihistamines. Used to treat allergies, hay fever and skin rashes, antihistamines such as Benadryl, Zyrtec, Claratin and other common brands are all toxic to your dog or cat. Antihistamine poisoning presents itself through lethargy, severe agitation, seizures, respiratory problems and can lead to death.
• Anti-inflammatories. Common over-the-counter medicines such as Nurofen and Voltaren cause vomiting, diarrhoea, gastric ulcers and kidney failure in dogs and are extremely dangerous.

The best measure to take is to keep any human medication away from pets – they have their own medication available at vet clinics, after all!

The garage presents myriad issues for your pets – in fact, we suggest that pets not be allowed in any garage, even under supervision. This is due to the many dangers including:

• Adhesives. Glues such as Selleys and Gorilla Glue, if ingested, can fatally damage your dog’s gastrointestinal system. This is because many glues expand when swallowed, creating obstructions in the stomach that can only be removed via surgery.
• Ant bait. It’s not just dangerous to ants: ant baits such as those made by Mortein and Combat contain boric acid, which is toxic to dogs if enough is ingested. Your dog will probably be temped to eat ant bait because it’s formulated to have a sweet smell that attracts ants in the first place.
• Batteries. These are dangerous in more ways than one. Firstly, they can create a blockage in the oesophagus, causing damage to your dog quite quickly. Secondly, their left-over charge can react with the moisture in your dog’s stomach, producing an alkali chemical that can cause serious internal bleeding and burns.
• Coolant. If you manage to spill coolant on the garage floor, your pet may very well be inclined to drink it due to its sweet taste. This will lead to fatal poisoning due to the toxic glycols (a type of alcohol) contained within coolant and antifreeze.
• Lead. Poisoning via lead is probably unlikely to occur due to the limited items your dog or cat may ingest that contain lead. A good example is lead-based paint — if this lands on their coat, they may try to lick it away, which will make them very ill indeed.
• Magnets. You might also want to be careful with the magnets in your kitchen, but you might find magnets in your garage as well. If ingested individually they are harmful, and if your dog eats more than one, they can block the oesophagus or cause serious intestinal damage such as obstruction and perforation.
• Insecticides. Chlorpyrifos, Malathion and Diazinon are now very rare to find in households, but nonetheless if ingested they are extremely toxic to dogs. Symptoms of insecticide poisoning include vomiting, diarrhoea, salivation, tremors and seizures.
• Slug and snail killer and rat bait. Though the signs of poisoning are different – snail killer poisoning will cause rapid-onset convulsions, whilst rat bait will cause blood clots and myriad of other horrible problems that lead to death – these pest baits are very dangerous to your pets. If you suspect your dog may have eaten rat poison, you should take them to an emergency vet immediately. 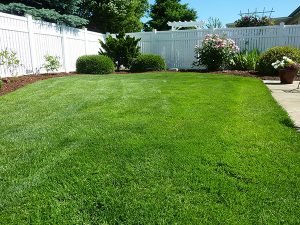 While the garden and back yard are great places to enjoy our pets’ company, there are numerous dangers that lurk within the garden shed, including:

• Fertilizers. Many common brands include nitrogen, phosphorus and potassium compounds that are toxic to dogs, and to make things even more complicated, they may also contain added herbicides, insecticides and fungicides. The effects of ingestion will vary due to the many different way fertilizers are formulated, but those that contain blood and bone are particularly interesting to dogs and should definitely not be eaten!
• Mushrooms. Wild mushrooms that spring up in your garden should be promptly removed in case they are poisonous. Difficult for the average person to identify, some poisonous mushrooms can cause liver and kidney failure that lead to death, while others can bring on seizures.
• Pesticides. Though the toxicity of pesticides varies greatly due to the sheer number of different brands on the market, all of them – whether they’re designed to kill insects, fungi or even small mammals – are toxic to your cat and dog.
• (Some) plants. Not all plants are toxic of course (it’s best to look up a full list online), but if you have a cat, there are some plants that should not be in the home or garden at all. The most notorious is the lily: all parts of the plant can make your cat very sick and can even lead to death. Some other common plants that are dangerous include azaleas, daffodils, jasmine, lily of the valley, rhubarb and tulips.

If your pet has ingested any of the above, be sure to contact your vet (an emergency vet in come cases) to determine your next course of action. Being aware of these poisons